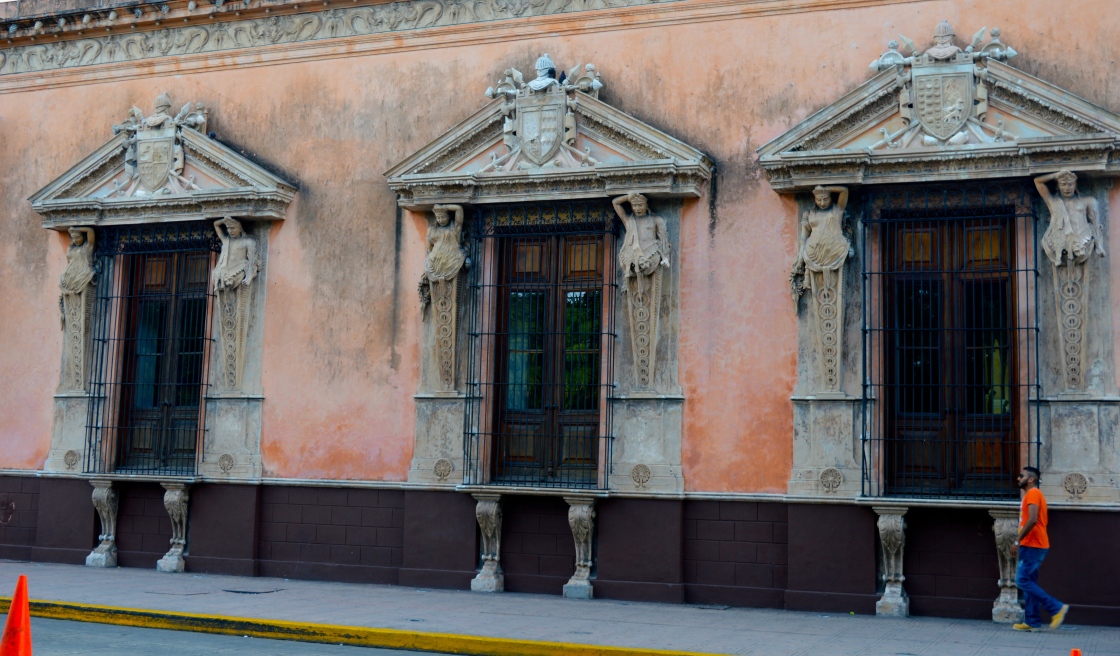 Casa de Montejo is a beautiful, grand old building in the main square in Merida. It was built between 1542-1549 by the Spanish conquistadores ‘Los Montejo’ and it is where the colonial city of Merida began. The facade depicts the conquistadores killing ‘barbarians’.

The house was occupied by the Montejo family until the 1970s but now it houses a bank and a museum where you can wander through some rooms of the mansion which is completely surreal as it is a completely ‘European’ space in the middle of central Merida.