Like any job, being an ESL teacher in Mexico has its occasional dreary day; piles of exams for correction, naughty little children testing my patience, fighting with the air con unit in 40 degree heat…

Wait, what about a weekend escape to the beautiful Caribbean island of Cozumel?

That’s right! There are also some pretty sweet perks to this little job of mine. 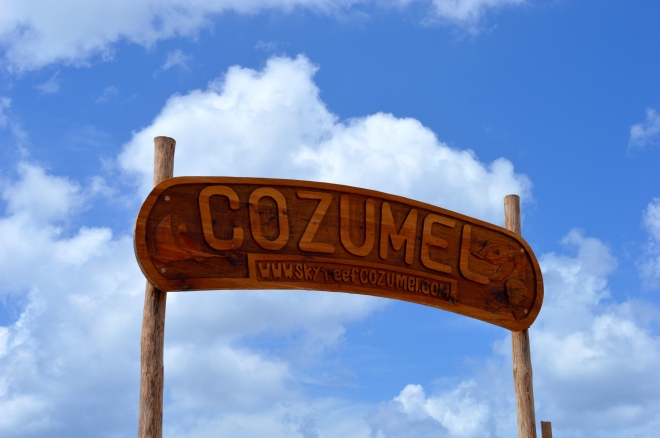 My only task during the three day mini break to Cozumel, which sits off the coast opposite Playa del Carmen, was to administer a teacher training exam on the Saturday morning to a group of local teachers. Once the last student handed me their paper, I was free to go and explore the natural beauty of this famous little paradise, which the Maya call cuzamil or ‘land of the swallows’.

The crossing on the ferry from the mainland is beautiful; 40 minutes gazing out at the azure waters of the Caribbean, watching Playa del Carmen disappear over the horizon and then not long after, Cozumel appear in the distance.

Cozumel has become infamous as a cruise ship destination but fortunately it isn’t too difficult to escape the gringo-trap of the malecon in San Miguel and find beauty and serenity elsewhere on this 40 kilometre long island.

We rented a car for the bargain price of 600 pesos, or £30, for two days, which allowed us freedom to find our own heavenly spots. There are car and scooter rental places all over San Miguel with similar prices.

The reefs surrounding the island, which were discovered by Jacques Cousteau in the early 1960s, are not only accessible and breathtaking but also considered some of the best in the world. Sadly I’m still saving up for my GoPro so I couldn’t get photos of the magical underwater scenes but this is some of what I saw:

The best thing is that you don’t need to pay for an expensive snorkel boat tour to take you out to the reefs – at any point along the West coast of the island you can simply wade out and immediately be in prime snorkelling territory, surrounded by beautiful tropical fish and feeling like you got lost in an aquarium. I spent hours in the water, mesmerised by the amazing marine landscape and all its little Nemos.

The coast on the reef side of the island is sadly divided up into resorts, beach clubs and marine parks which make access a sometimes pricey and difficult affair. After seeing various places along the coast we settled for the awkwardly named ‘Money Bar’. Apart from the absurd name this place was great. There is no entrance fee, you are just expected to drink some beers or order some food. They rent snorkel equipment and you can step off the rocks and start snorkelling. There didn’t seem to be the same crowds as at other more ‘resort’ like places either.

On the wild and undeveloped East coast of Cozumel we found stunning, near deserted, windswept beaches, a few of which had tiny beach bars or coconut stands. On this side of the island the water is rough, with big waves for the surfers to enjoy and an un-manicured beauty so different from many of the beaches of the  Peninsula.

Although not good for snorkelling like the West coast, this less explored coastline is perfect for a wave-jumping, coconut-slurpping, people-watching afternoon. We found many local families on these beaches, whiling away their Sunday amongst family and cold beers. The rocks at the beach Chen Rio form a natural pool which is great for those of us sometimes too scared to go in the waves!

Back in the town, we found a teeny tiny little Argentinean restaurant on a side street which served us some of the most delicious food I’ve had in months, cooked and served by a great Argentinian guy with a lot of stories to share. It was a gem amongst a lot of fake-Mexican sombrero wearing fare on the busier streets.

The last evening on the island was spent sitting and watching the boats come and go and feeling the island empty out of day trippers and cruise liners. Then we were treated to a wonderful sunset across the harbour. 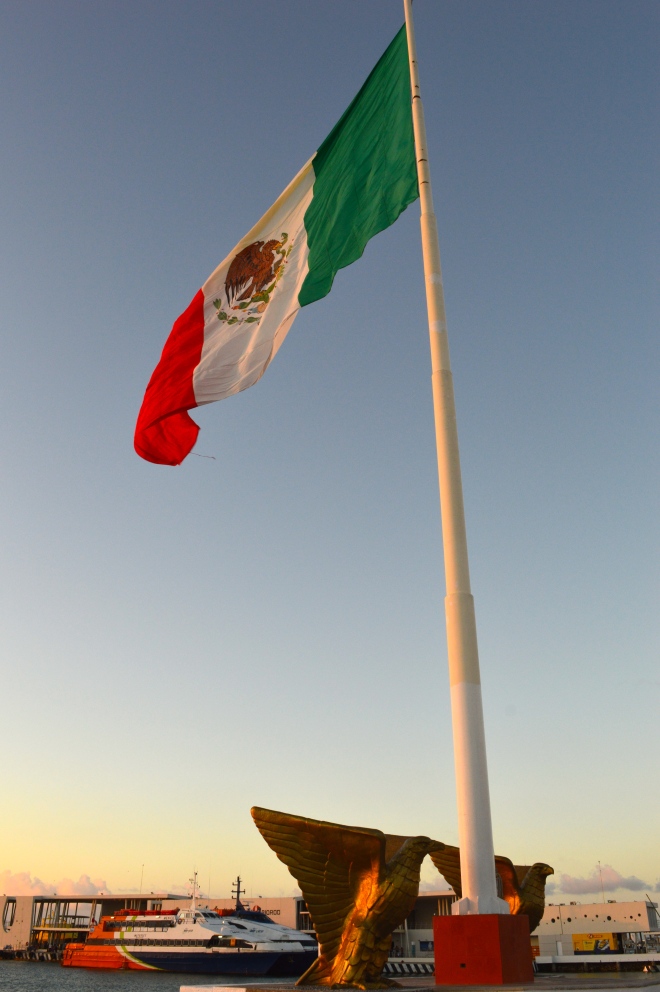 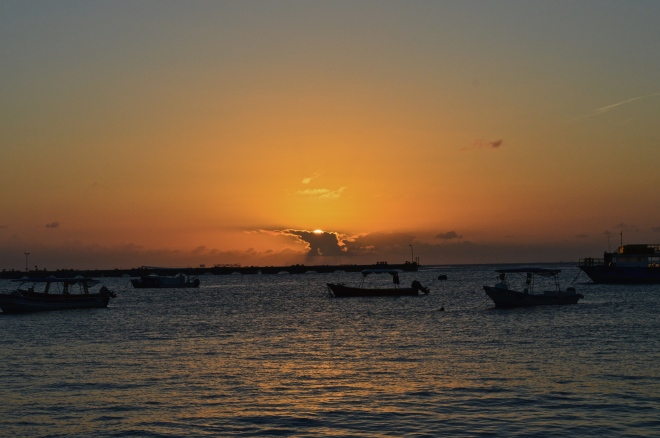 So long Cozumel! I was pleased to find an island which manages to make its traditions and natural beauty coexist with its popular brand of tourism. I hope to return next year and learn to dive there, so that I can play with the fish for hours on end in my newly discovered underworld land.