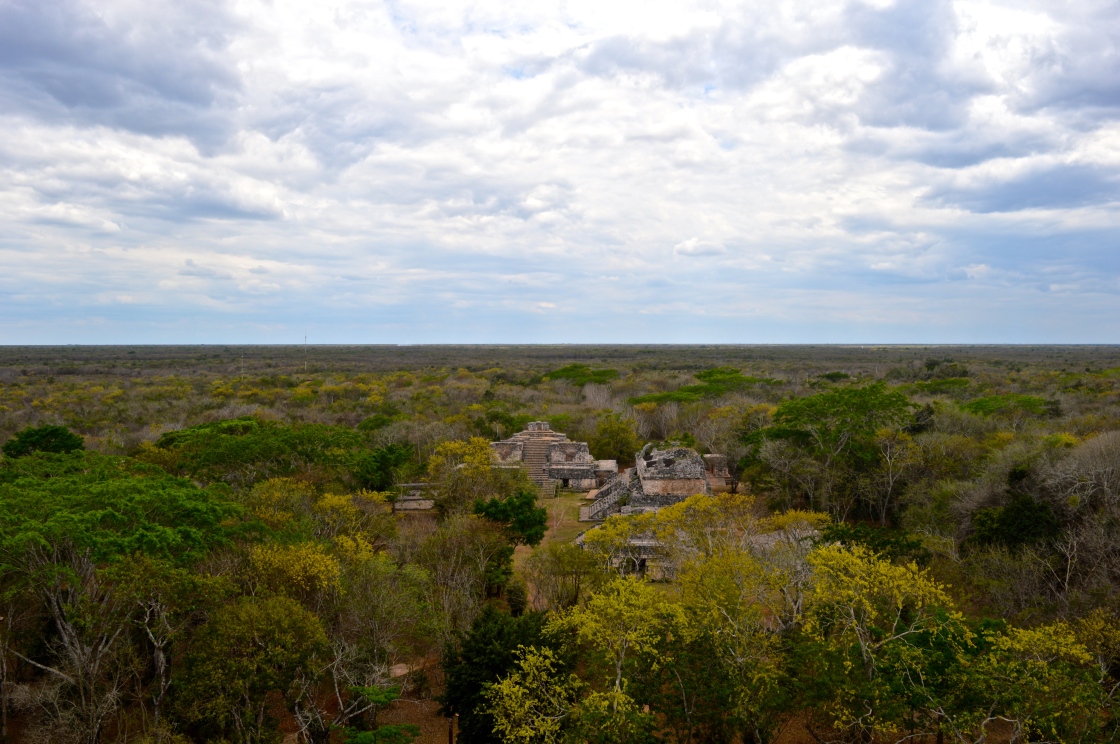 Honestly, I wasn’t expecting much from Ek Balam. The Yucatec-Maya site which sits about 40km from Valladolid isn’t much talked about; it doesn’t really feature in the guide books and none of my Yucatecan friends had really mentioned it as a must-see. It is all too often overshadowed by its show-off neighbour Chichen Itza, only 30 minutes away.

Well, I’m so glad that one quiet Saturday I decided to make the trip from Valladolid to discover Ek Balam, this off-the-beaten-track gem, whose name translates to ‘black jaguar’, after the felines who roamed the jungle here.

The city was inhabited for an impressive 1000 years, with its peak years between 600 and 900 AD. It was the capital of its own Maya kingdom until it was mysteriously and quickly abandoned. It then lay untouched and unexplored, buried under thick jungle until the 1980s when it was rediscovered and excavation began at the site but even now only a tiny proportion of the city has been taken back from the jungle. 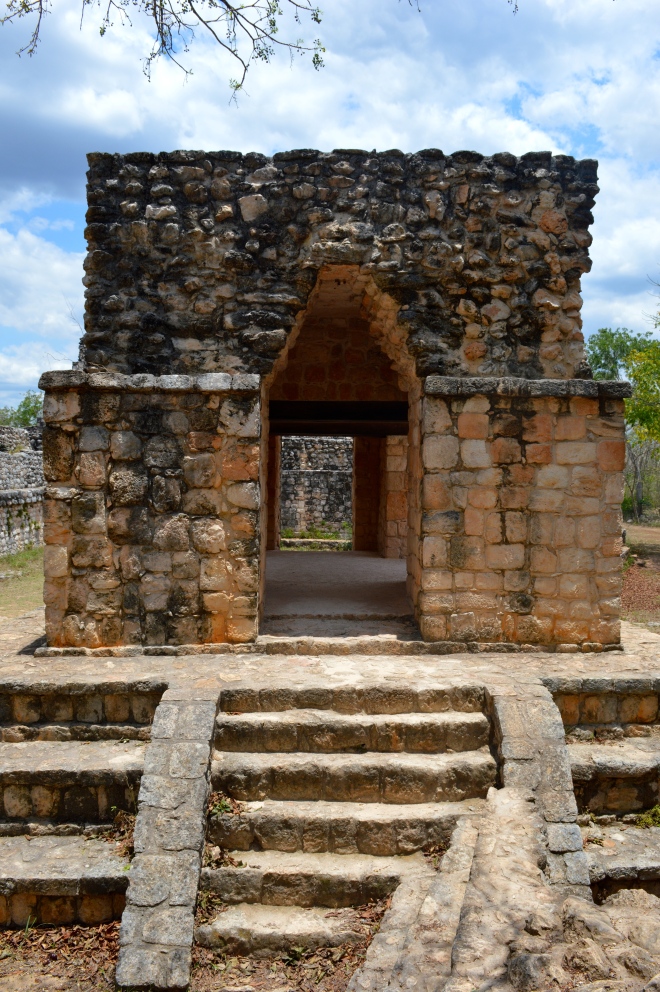 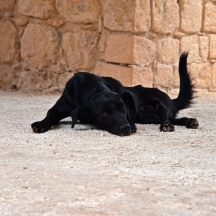 The main structure – El Torre – towers above you as you approach it. Standing 96 feet tall, spread over six levels and 480 feet across, it really is imposing.

For me, the most amazing aspect of Ek Balam and probably the most impressive thing that I’ve seen in the archaeological sites of Yucatan, is the preservation of the plaster on the tomb of Ukit-Kan-Lek-Tok, a king buried in one side ‘El Torre’. The intricacy and the detail blew me away. The huge, gaping mouth encircling the tomb is both menacing and wonderful. That this artistry has lasted so long is just amazing. 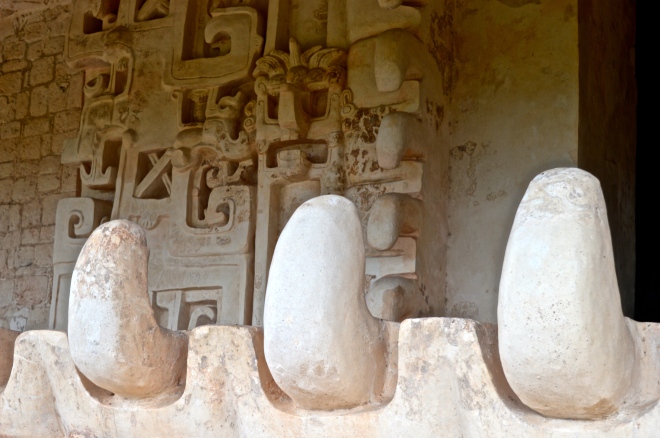 In the tomb 700 offerings were found with the skeleton of the king – including jade, obsidian and carved shells. 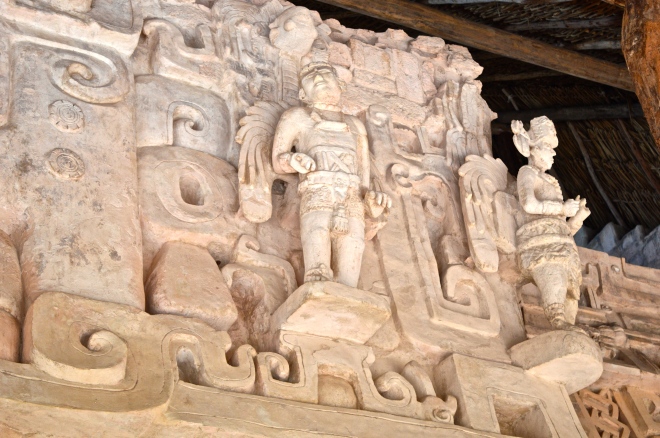 Walking up the long, long stairs to the top of El Torre rewarded me with a stunning view of the site (oh and just a hint of vertigo!). 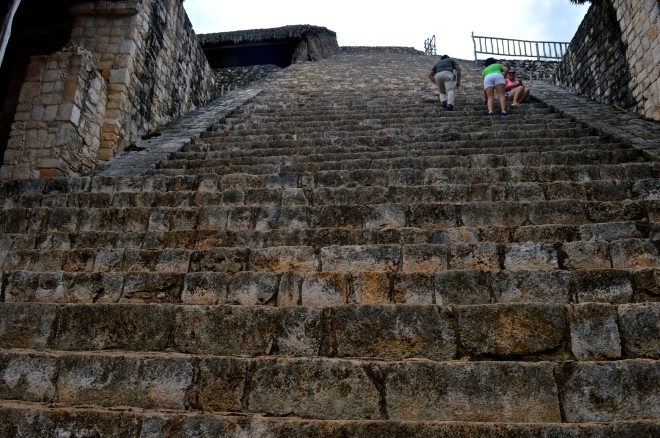 Getting a view like this is so, so rare here – Yucatan is ridiculously flat; it is not an exaggeration that most Yucatecans have never set eyes on a hill. At the top of the tall pyramid the vast, expansive tropical forest spreads before you seemingly infinitely – the greens, yellows and browns of the trees forming a carpet rolling out from under the Mayan structures, reaching the blue horizon with precision. With no other civilisation in sight, it is not hard to forget in what era you are standing.

There was hardly anybody else at the ruins that day but the locals told me that slowly Ek Balam is being included on more tour itineraries and routes. I’m guessing this will soon mean the inevitable paraphernalia of signs, ropes, manicuring and the sealing off of the structures, so I feel lucky to have visited this special place sooner rather than later, whilst it is still sleepy and unspoilt. 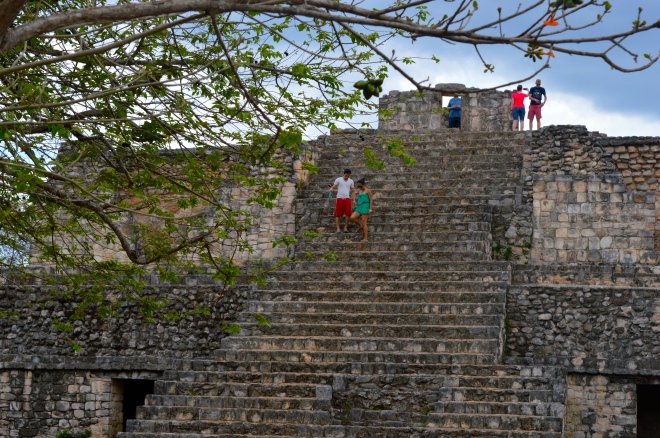 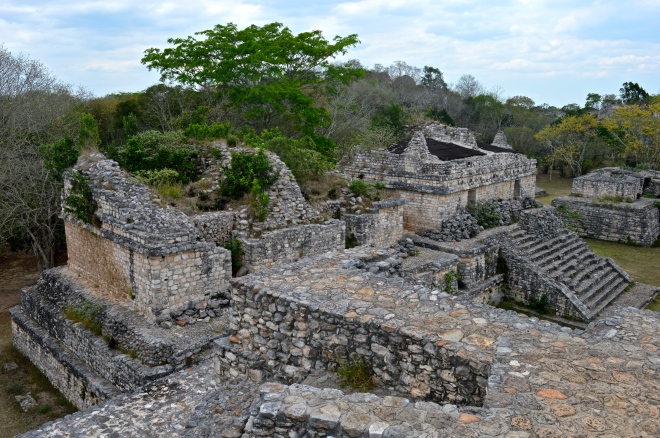 Ek Balam is open daily 8.30am-5pm and is easily reached from Valladolid and Cancun.